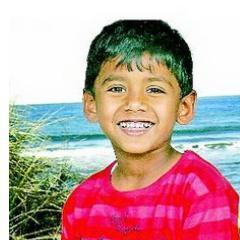 As a fourth grader at Willow Elementary School, Agoura Hills, Calif, Pranav Kalyan has risen to become the youngest Microsoft certified Technology specialist in the world at 9 years old.

I barely know what was going on in the world and I was only playing the street round when I was 9, but this young chap has shamed me and other kids in that age circus.

Calif is a small city situated outside Los Angeles. Kalyan passed the MCTS test in ASP.NET Framework 3.5 on January 12, by that, he is more respected and smarter.

The Times of India was the first to report this story in an interview with the youngest Microsoft certified Technology specialist and his papa on the phone, the young chap originates from Tamil Nadu, a state in SouthEastern India. He claimed since the age of two, Pranav has started learning to use the computer.

Computer seem interesting to Pranav more than toy even as a toddler. At the age of six, he has started writing small computer programs. His father further mentioned that he is capable of solving integral and differential calculus. His mathematical inclination helped him in writing computer programs.

The youngest Microsoft certified Technology specialist mastered HTML which pushed him to the next level. About 18 months ago, he has started serious preparation for his MCTS test.

After Pranav had passed the MCTS exam, he took the position of the youngest Microsoft certified Technology specialist from a Dubai student named Barbar Iqbal was 12 years when he passed the exam. The act of these boys clarifies Microsoft’s claim that Windows 8 is so easy and can even be used by children.

These kids are amazing, and since the breaking of this news, they got me thinking. Shame, without my calculator, I can’t successfully finish up a simple arithmetic, and here are kids solving calculus.

For real, genius does exist.

Hit me with your comment in the site box below!