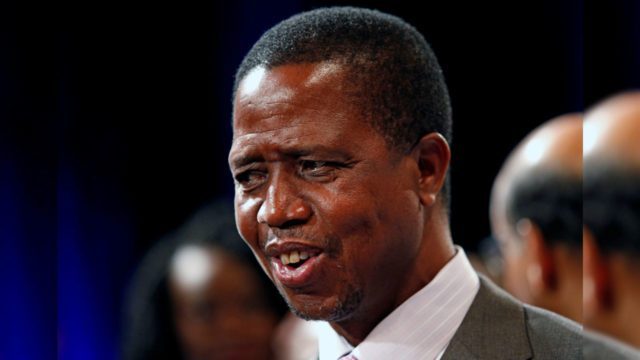 KCM is owned by London-based Vedanta Resources, with the state-owned ZCCM-IH as a minority shareholder.

Lungu has targeted the mining sector to generate tax revenue as Zambia struggles with growing debt, and has told international mining companies to leave the copper-rich African country if they opposed the new tax regime.

“We are resolved and determined on the KCM liquidation process because all people in the Copperbelt (mining region) want Vedanta to go,” Lungu said in a speech broadcast on state radio.

“This is not my decision alone but the people, and I will not abandon you on KCM,” he told supporters in Ndola.

A court hearing in Lusaka into the appointment of a provisional liquidator to run KCM, which employs 13,000 people, was adjourned for a week on Tuesday.

“Vedanta (has) reiterated its commitment to Zambia, and to the development and sustainability of Konkola Copper Mines,” Vedanta said in a statement last week.

The company said the government had made “unfounded allegations” over alleged unpaid taxes and that its business was unprofitable due to rising tax and electricity bills.

Companies have warned that the proposals could trigger a mass withdrawal of investment and thousands of redundancies.

“KCM is a single largest employer in the country and the impact of this liquidation could be devastating,” said independent business analyst Maambo Hamaundu.

“A few weeks ago we were given pronouncements by government officials that the mine was working properly but suddenly it’s being liquidated. Foreign investors are apprehensive.”

Zambia is Africa’s second-biggest copper-producing country after the Democratic Republic of Congo (DRC).

Vedanta, owned by Indian billionaire Anil Agarwal, is seeking international arbitration to resolve the dispute, with some analysts saying the company could be replaced by a Chinese firm.

Zambian president decision to dissolve its largest copper producer is not a welcoming idea, especially at this time of economic challenges in the country, but we stand to wait to see how it will all play out.

Share
Facebook
Twitter
Pinterest
WhatsApp
Linkedin
Previous articleSmart Home Statistics – How To Keep Your Home Safe When You Are Away
Next articleForecast: Deadly Heat Waves Could Affect One Third of African City Dwellers by 2090