The Internet is a free source of knowledge. There are a very few websites that charge the users for their service. Rest all provide free use. So does it mean that all websites are running for social-service purpose. Come on, the world is not that good. If you have even a little bit knowledge of Internet, then you must be aware that how the websites make money. Yeah, you guessed it right! It’s by showing ads on them. You use the most popular social networking website Facebook for free of cost but still Facebook earns billions of dollars and that all via the advertisements.

Well, who on the earth loves the ads. Whether it’s about ads on TV or web ads, people like to stay away from them. To do so, many people and may be you as well, use the popular ad blocking software AdBlock Plus. This is available as extension for all major web browsers and having this, installed on your web browser, you get an ad-free Internet experience. Well, as a user, this is good for you. But what about the online industry which is running just because of ads. Don’t they suffer from such actions of users? Yes, they do!

The mobile OS Android has brought the flow of smartphones and has resulted in the golden era of smartphone industry. Many companies found it difficult to monetize their sites/apps for mobile users as the attitude while using the Internet on PC is a hell lot different from that of, while on mobile. The top most companies like Facebook and Google find it hard to monetize their service for mobile users.

But it seems that the new time is going to be even tougher as the same popular ad blocking software, AdBlock Plus has launched its app for Android. So now Android users can use this app to block the ads on their Android phones and tablets. 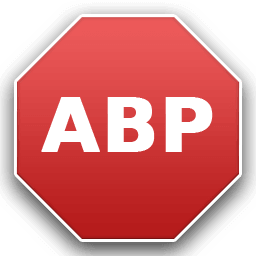 Till Faida, Co-Founder of Adblock Plus, stated that :

“Mobile devices have exploded over the past few years, and as usage of these devices has increased, so has advertising, which is becoming more and more intrusive. Mobile devices can feel more ‘personal’ than online browsing via a desktop device, making advertising on these devices even more intrusive and annoying when they interrupt browsing. And by blocking ads from rendering, Adblock Plus users can experience up to 40% faster browsing on their Android devices.”

Till further included that:

“With so many new technologies available, and advertisers reacting to these, it stimulates fresh debate for advertising across different channels to be evaluated, standardised and a set of acceptable rules implemented,” “Mobile advertising is still incomparable to that which is online – despite the growth in mobile devices – but this is soon set to change. Ensure you’re protected before your device is bombarded with advertising.”

This Android app is available for free download from the official app store of Android, the Google Play. You can also download the app by visiting the official website of AdBlock Plus.

The Android version of AdBlcok Plus works in the same manner as the web version does. If you have not used this software on your web browser, then let me tell you that it focuses to block the ads that are ‘intrusive’.

Well, as the Android version is new one, so it will take time to touch the same success as it does on web. Meantime, the mobile industry can figure out the ways, to overcome this problem and to continue or to even increase their revenue from mobile users.