All the current users of the official Facebook apps for Android, iPad and the iPhone devices, starting from next month, March — may begin seeing an ads on their mobile phones, as the company is looking to gain an addition revenue means before it goes public in its official IPO.

Sources that is very close to Facebook said that the company has recently discussed proposals with an advertising agencies, Financial Times reports. Facebook has began the first testing the sponsored stories last year December 2011. Featured stories will also going to appear in the Facebook mobile news feed — which is very similar to the Twitter’s promoted tweets — and it will be mixed in with the posts from your friends.

In Facebook’s paperwork for its Initial Public Offering, filed Feb. 1, the company pointed to mobile as a potential revenue source — and warned that the lack of mobile revenue was one of the things that could harm it. Nearly half of Facebook’s 845 million users access the site via mobile device. As  reported by Mashable.

Another source recently told FT that Facebook would tell all the advertisers to link within the Facebook platform, rather than sending users off-site.

Soon, Facebook is going to hold an event for the marketers in the New York on Feb. 29, and we expect announcements of this new born baby on its social network. However, Facebook is yet to launch Timeline brand pages – although that move is much anticipated in coming weeks as Facebook rolls out Timeline for all of its users. 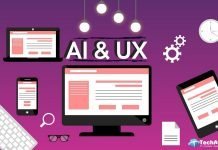 10 Reasons to Choose Android App Development Over Other Platforms

Why is a proper patient identification system needed in hospitals?