Jailbreaking your iPhone or iPad may be illegal once again

The new Absinthe jailbreak tool has finally arrived and it gave users access to free their iOS Devices and offer them access to new tweaks in town courtesy of Cydia. According to report, there were about 1 million of recorded download of this great jailbreak tool within the first 24 hours of the day it was released, it seems that your ability to jailbreak your iOS device again would soon reach an end of the road. 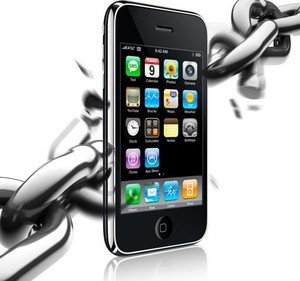 18 months ago, after a court ruled that jailbreaking iPhone device was legal, Apple had made the following statement and you need to read this to know what is happening:

“Apple’s goal has always been to insure that our customers have a great experience with their iPhone and we know that jailbreaking can severely degrade the experience. As we’ve said before, the vast majority of customers do not jailbreak their iPhones as this can violate the warranty and can cause the iPhone to become unstable and not work reliably.”

While this message sounded like an end to the end of this jailbreak fiasco, new details have recently surfaced suggesting that jailbreaking iOS device may become illegal once again.

Famed iOS developer, Charlie Miller, just recently alerted his Twitter social media followers to join him in signing an electronic petition which would allow jailbreaking to remain a legal,  by making sure it was added into the DMCA:

Miller directed iOS users to an Electronic Frontier Foundation petition (EFF) which is necessary to keep jailbreaking from becoming an illegal act once again.

And according to a report from RedmondPie, “the EFF (Electronic Frontier Foundation) [is] lobbying for majority of i-product users to add their own electronic voice to a petition which aims to ask the United States Govt.. to declare once again that, jailbreaking an iPhone device does not violate the DMCA rule. The EFF are also considering asking for an initial release of the iPad jailbreaking access because it wasn’t officially ruled to be jailbroken in the original ruling.”

However, if you want to get legal rule over this issue, some legal organizations around the world are very much available if you’d like to get them to support this move, but I know of LegalZoom. I think the company is one of the best in this field.

If you want to also join the forces and protect your right to jailbreaking your iPhone and iPad device owned by you, you should go over to the EFF website and making your electronic voice heard. This opportunity will end by February 10 of this year.