Is the Laptop Languishing in Mediocrity against the tablet? Lenovo Yoga is an inspiration 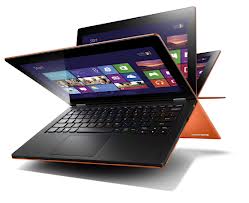 The inspiration of Lenovo Yoga to save Laptop from becoming a mediocre to the tablet.

In my very simple observation, the trend that has gone with the tablets is because manufacturers of this new invention had been so focused on the race that is an effect of being “rattled” of being left behind with the trend. They have failed to realize that being different and traversing another route could be very unique and rewarding. After having read substantial reviews and discussions over what transpired in the recently concluded CES 2013, many business people have thought of what I have just been writing here concerning the laptop’s future. You just have yet to see how an enhanced laptop features could bring the world to salivating for it. Bring all the capabilities of the tablet into the laptop and you will see. I’d really love to see the design I have just suggested in my earlier blog here titled, “iPad Keyboard Cover, laptop with touch screen features and the whole thing Android; tablets will stay as it is”.

Think and imagine! I love the way the laptop functions totally and completely like the tablet. And the rest of its functions retained specifically its capacity for typing and encoding and editing documents. It’s just simply comfortable. With the laptop, I could type and encode data the whole day! Yes, Lenovo Yoga has engineered the 360 degrees flip and fold but what I am saying is that the whole thing of the tablet features and function will be in that ultra-thin laptop. That’s what I am saying – a laptop that when you fold 360 degrees would give you a feel and a look that’s exactly like a tablet. 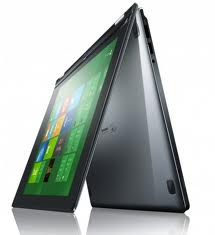 Honestly I am not quite a fan of tablets. But I love it for what it is.  I could have a tablet and a laptop at the same time. But I would rather have a laptop that works like a tablet. The tablet with its present form where a conventional keyboard for typing and encoding and editing documents but only that bumpy keyboard, I would certainly not use it for my specific purpose. I would rather use the laptop. But for out of town vacations and in other countries, I would definitely use the tablet. But could Lenovo Yoga try to join the two in one ultra-thin laptop? Enhance, enhance. That’s what I am saying to the present Lenovo Twist Pad. Develop it into a sleek tablet capability (even thinner). I believe that could be done! I would certainly and definitely be one to buy it. And even market it.

Julius Pacanahttp://www.jonahvsentertainmentcoltd.co.nr
SEO writer/ Academic Papers, etc./ Singer, Performer. I had been writing articles for more than a year now about various topics provided by different online employers, like various sports such as Ultimate Fighting Championships, National Athletic Collegiate Championships covering different sports, e.g. basketball, baseball, swimming, etc; and also about summer olympics, FIFA, and many more. I also write about other topics like ectopic pregnancy, dental cosmetics and technological gadgets (iPhone, iPad, Android). Whatever topic that is being asked of me to write for a certain price, I write. On the sides, I also sing and write songs. So a rising star in the field of performing arts will soon be seen delightfully. I sing classical songs like GRANADA by Agustin Lara, and "STANDCHEN" and the famous "AVE MARIA" by Schubert, etc. and other pop songs. You may visit my website for updates and you can order my CDs online now.