It’s always scary when your start-up, err, starts up. However, by finding the right environment for it you can allay a lot of your fears, get loads of support and make some brilliant friends along the way. Manchester has everything you need to help you out, as in recent years it’s become a real start-up hub. Here’s why.

Here’s Why Manchester is the New Black for Startup Entrepreneurs

As it’s a tech and innovation hotspot, there’s literally thousands of people just like you looking for…people just like you. Simply find a networking event nearby and take the plunge. As one of the UK’s friendliest cities, you’ll be sure to come away with at least one new contact every time.

Manchester is home to four important universities so there’ll be a steady stream of bright-eyed graduates looking for that crucial first role. OK, there may be something of a southwards stream too, but think about it, if you can snag some of these bright young things before they reach Piccadilly Station, you could persuade them to stay where the rents are cheap and the chips have gravy.

There is such a thing as the Northern Powerhouse, it’s not just a Tory fantasy and the sheer size of Manchester means it gets to do things its own way a lot of the time. There are lots of programmes to help start-ups, and if you’re more arty than techy and you’re looking for IT support services in the Manchester area, you won’t go without.

If it’s accelerators and incubators you’re after, then look no further than MIDAS, or MadLabs for innovators, as well as SpacePortX, which hosts lots of events for start-up companies to garner support at.

The fact that there are so many accelerators and co-working spaces is a sure sign that Manchester is on the up – people are choosing the city to start off and grow their businesses and it pays off!

Depending on which sector you’re in, there’ll be a range of co-working spaces for you to take your first entrepreneurial steps in. SpacePortX is for the more techy types and MadLab focuses on tech and art-based start-ups. Most of these places are very central, too, so you not only have a short commute, but you’ll feel right in the heart of things. Check out Rise and OGS Works at the Old Granada Studios (see what they did there?), too. Getting back to the subject of feeling at the heart of things…

Lots of collaboration going on

There’s a real move to make Manchester one of the top start-up places in Europe, which is just one of the reasons for the growth and development of the support networks there.

Manchester’s start-up community is one of the most welcoming in the UK and so you’ll never be short of people to talk to, swap favours with and to just hang out with. Make sure you become a regular at events like the Startup Brew which is held in the Northern Quarter every last Wednesday of the month. There’s also Silicon Drinkabout at Colony every Friday evening; what are you waiting for? Get crackin’ wi’ knackin’! 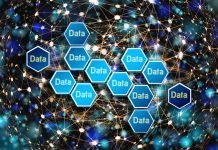 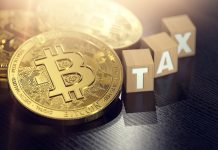 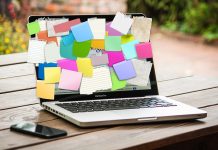 How to side-step your career into the world of finance