The Early Life of Mark Zuckerberg

Mark Zuckerberg’s middle name being Elliot was born on 14th May 1984 in Dobbs Ferry, New York. He has a well educated and comfortable family background. Edward Zuckerberg who happens to be Mark’s father has a dental centre built along with family home, Karen is Mark Zuckerberg mother, and she works as a psychiatrist before she gave birth to four of their children Mark, Randi, Donna and Arielle. 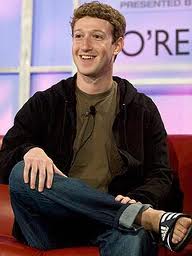 At his early age, Mark developed an interest in computers and by age 12, he used the Atari BASIC to create a messaging program he tagged “Zucknet”. The Zucknet became a tool in his father’s dental office and the receptionist found it easy to inform him about new patient without shouting across the room. The Zuckerberg also used Zucknet created by Mark Zuckerberg to communicate within the home. In collaboration with his friends, he also created video games for fun. “I had a bunch of friends who were artists,” he said. “They’d come over, draw stuff, and I’d build a game out of it.”

To facilitate and build Mark’s computing interest, David Newman was hired as a computer tutor by Mark’s parent where he comes once a week to work with Mark Zuckerberg on computing.

Mark Zuckerberg went later studied at the Phillips Exeter Academy, an exceptional preparatory school in New Hampshire. He was able to show his talent in fencing, becoming the school team captain. He was also outstanding in literature, earning a diploma in classics, yet Mark continues building in interest in computers, and kept on working and developing new programs. He was still in high school when he created Synapse, which was the early version of the music software Pandora. Several companies such as AOL and Microsoft were interested in buying the software, and hiring Mark Zuckerberg in his teen before graduation, but he turned down the offers.

Mark enrolled at Harvard University in 2002 after his graduation at Exeter. By the sophomore year, he developed the go-to software and earned a high reputation on campus, around that time, he developed a program called CourseMatch, which helped student choose their classes based on course selections of other users. He also made Facemash, where pictures of two students on campus were compared and the software allowed users to vote on the most attractive one. Not long before the program became popular but was later scrapped by the school administration after seeing it as inappropriate.

Based on the history of his past projects, three fellow – Divya Narendra, and twins Cameron and Tyler Winklevoss sought Mark Zuckerberg to work out an idea for a social networking site they tagged Harvard Connection which was designed to employ information from Harvard student networks to create a dating website for the Harvard elite. Mark helped in the project, but soon pull out to work out his own social networking site project in collaboration with friends, Dustin Moskovitz, Chris Hughes and Eduardo Saverin.

Mark Zuckerberg with his friends created a site called ‘the Facebook’ that enable users to create their own profiles, upload photos, and link other users. The site was ran by the group out of their dorm room at Harvard until 2004 June. Mark dropped out of college after concluding his sophomore year so as to concentrate on Facebook full time, taking the company down to Palo Alto, California. As 2004 was ending, Facebook had already gotten 1 million subscribers.

In 2005, the Facebook ventures got a huge capital support of $12.7 million from Accel, which was as at then was only open to Ivy league students. It was this time Zuckerberg gave access to other colleges, high school and international; schools, whooping the sucribers up to 5.5 million around December 2005. Other companies began to show interest in the site, on the basis of advert. At a point Yahoo! and MTV Networks offered to buy Facebook from Mark  Zuckerberg, but he turned down those offers, and focused on expanding the social media site opening the project to developers from outside to add more features.

In 2006, Mark Zuckerberg started facing his first hurdle, the initiator of Harvard connection claimed that Mark had stolen their idea, and insited that he needed to pay damages. Zuckerberg tried to deny, claiming that the idea of the two social networks were entirely different, but at the investigation of lawyers, they concluded that it was true that Mark had stolen their intellectual property.

Mark later apologized for incriminating messages from the Harvard connection and admitted that he had regretted them. “If you’re going to go on to build a service that is influential and that a lot of people rely on, then you need to be mature, right?” he said in an interview with The New Yorker. “I think I’ve grown and learned a lot.” Although an initial settlement of $65 million was agreed between the two parties and the legal battle continued till 2011, after which Narendra and the Winklevosses revealed that they were misled in regards to the value of their stock.

In May 2012, Facebook had its initial public offering that raised $16 billion, rendering it the biggest Internet IPO in history. The remaining is how Zuckerberg company will be handling this big sudden bux, but the boss, may be looking into acquisitions, Mark Zuckerberg personally negotiated a deal to buy Instagram in April.

The Facebook stock price dropped immediately after the success of the IPO. Mark controls 57% of the voting shares of his company.

On May 19, just a day after the IPO, Mark Zuckerberg got wedded to his longtime college girlfriend Priscilla Chan in a gathering of about 100 people at his Palo Alto, California home. The guests had thought they were attending Chan’s graduation from Medical school, but instead, it was an exchange of vows between Mark Zuckerberg and Priscilla Chan.