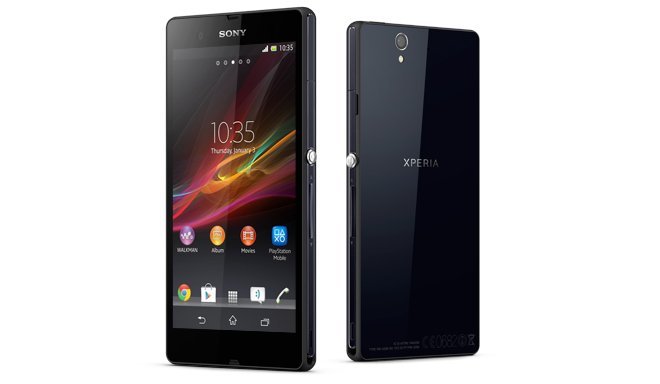 The Sony Xperia Z was one of the ready-made products that launched at the CES 2013, Sony made a fully fledged featured smartphone to compete the Apple iPhone 5 and Samsung Galaxy S III that are already routine the market. 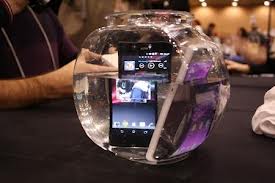 The Sony Xperia Z is built with a 5 inches TFT capacitive touchscreen with 16M colors and a resolution of 1080 x 1920 pixels having a pixel density of ~441 ppi, 10 fingers multitouch with shatter proof protection, scratch resistance glass, Sony mobile BRAVIA Engine 2 and Timescape UI.

The smartphone has a 16 GB internal memory that could be upgraded to 32 GB with a microSD card, it is supported with 2 GB RAM.

The Sony Xperia Z will be unboxing with the Android 4.1.2 Jelly Bean will later be upgraded to the latest Android 4.2 Jelly Bean.

Sony beat the Galaxy S III and the iPhone 5 with the camera on the Xperia Z. The rivals are having just 8MP rear camera while the Sony Xperia Z has a 13.1 MP rear camera with a resolution of 4128 x 3096 pixels, featuring autofocus, face detection, touch focus, image stabilization, HDR, sweep panorama, video at 1080p@30fps, video light, continuous autofocus, video stabilizer etc. It also has a secondary front camera of 2.2MP.

The network options on the Sony Xperia Z includes;

And the Connectivity options are as follows:

GPS with A-GPS support and GLONASS

The Sony Xperia Z was release during the 2013 CES at Las Vegas, the availability period and price is yet to be disclosed but a source is speculating this March. The source is also predicting a price around 620 Euro.

What can you say about the new Sony Xperia Z smartphone, can it really compete with the Samsung Galaxy S III or even the planned Galaxy S IV and iPhone 5 or even the coming iPhone 5S or iPhone 6 as the case may be?

Let me have your thought in the comment box below!