In this rapidly growing technology, smartphone has become necessity. You might be owner of an incredible smartphone. Right? Well, if this is so, then you must be familiar with the popular cross-platform messaging app for smartphones. Yeah, you guessed it right! WhatsApp is what I am talking about. This is the fastest growing messaging service and is rapidly replacing the normal way of text messaging over mobiles. A recent survey shows that WhatsApp is affecting the mobile telecoms as the major part of their income comes from the SMS and due to the rapid on-going growth of WhatsApp, people are not showing interest to carry their conversation via SMS. Well, this is not any shocking point as who in this world likes to pay for a service, that he/she gets for free?

WhatsApp for Windows Phone 8 is out now

WhatsApp goes free for iOS for a limited time

Another update regarding the popular messaging app WhatsApp is that it goes free for iOS for a limited time. While the Android version of this app is free to download and there is yearly subscription plan; iOS users need to pay for this app in order to use it. If this is matter of concern for you, then it is a golden opportunity to grab this popular messaging app for your iOS device for free. The announcement regarding this was made on WhatsApp Twitter account, according to which, the app is made free as a manner of Christmas Gift for users. Here’s the tweet announcing it:

“Happy Holidays! WhatsApp for iPhone is free for a limited time. Tell your friends!”

The WhatsApp for iOS will be free for a limited time. Well, WhatsApp did not tweet anything notifying about that ‘Limited Time’ period. So one can’t say that how long it will be free. But yes, as this is Christmas Gift, so expect it to be free in the holiday season. The app is most likely to become paid from 25 December on wards.

Spam messages always keep rolling on WhatsApp. A most recent spam message says you to  send this number “UR1994 KB1212 RJ1708 to 10 people. According to this spam message, WhatsApp will start charging for messages from the new year’s start, but by sending this message to 10 people, one can use the service for free of cost.

Not only this one, but many other spam messages have got rolled on WhatsApp till date. Most of the messages claim this service to become a paid one in anytime soon. As a smart user, just underestimate such messages. If you don’t, then such spam messages will keep hitting the WhatsApp in future as well. 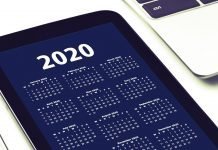