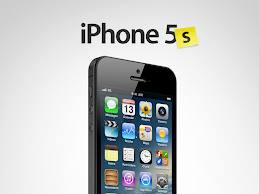 Just last September, Apple dropped the iPhone 5 to market, and immediately, the cloud started getting rumors that Apple will be releasing the iPhone 5S early next year, as at now, the rumor is becoming more stronger, could it be because of the rumored Samsung Galaxy S4 coming with an AMOLED display panel around May next year?

Apple iPhone 5S may be releasing sooner than expected

Looking back into recent history, the iPhone 4 got released in the summer of 2010, Apple may want to get into market with the iPhone 5S ahead of Samsung and get the device released at summer and wouldn’t have to wait till September just like it happened to the iPhone 5.

Apple equipped the iPhone 5 with the 4G LTE data connectivity as well as a bigger and improved display at 4″ unlike the iPhone 4S predecessor at 3.5″, another marked upgrade is also a migration into the iOS 6. Nothing much to be expected on the iPhone 5S except that Apple may decide to go into bigger screen and probably a completely new design. The iPhone 5 was admired and embraced, except for the iOS 6 map flaw.

Its only through these means we can get information, as you know Apple is secretive when it comes to making new devices, and most especially in the line of its iPhone.

The rumor is just only that Apple will be releasing iPhone 5S early next year, but any of its features is never mentioned unlike we have it for the Samsung Galaxy S IV. Apple may stick with the iPhone 5 4″ display or may want to change, but not expecting something lesser, and probably, let’s expect it to come with the new OS that may be Apple iOS 7 at the rumored summer release.

Apple loyalist customers are already celebrating the iPhone 5S as early as now, they hope it won’t be a tweaked iPhone 5.

Are you an Apple iPhone freak? How eager are you to have the coming iPhone 5S?