When Will We Have A Gigantic Wireless Hotspots? 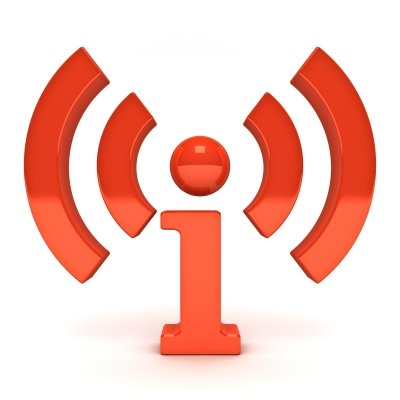 Wireless hotspots are very useful. These are the areas, found everywhere from coffee shops to hotels, that allow you to access the internet, or if you’re already running broadband through a mobile device, enable faster browsing that doesn’t count against your monthly data limits.

Wireless hotspots tend to be limited in size and scope though and sometimes it’s not always possible to track one down. Larger hotspots that cover square miles at a time may be possible and indeed gigantic hotspots could become a feature of towns and cities in the near future.In the United States, excitement is growing about what are referred to as white spaces.

These white spaces would use TV airwaves, but not the airwaves that are used for normal channels. These would be the unused airwaves that aren’t performing any other duty and are therefore ripe for enabling wireless broadband.

Expecting Gigantic Wireless Hotspots – when will that be?

The great thing about these white spaces is that the band of spectrum they rely on allows for a much stronger signal than that used by conventional wireless hotspots. This means that if white spaces were used to offer wireless broadband, the hotspots created could reach through many buildings and across great distances, essentially creating vast hotspot networks.

These white spaces are being investigated by telecoms companies, who would be interested in using them to roll out new broadband services and even new wireless gadgets. The rules that would govern white-space use are under the scrutiny of the Federal Communications Commission (FCC), which regulates internet usage in the U.S. and would have the final say on how white spaces are used.

One concern that the FCC will undoubtedly have with the use of white spaces for wireless broadband networks is the possible interference between, for example, a mobile device like a smart phone and television broadcasts.

The FCC is keen that when mobile device users log on to the wireless broadband hotspot, their use of the spectrum doesn’t clash with those nearby watching over-the-air digital television. Viewers using cable or fibre for TV wouldn’t be affected. The likely response of the FCC to this problem will be to create a database of sorts, overseen by administrators, to help prevent interference between digital television and unlicensed wireless activity.

It looks like this kind of issue, while needing regulation, won’t stop wireless providers from getting in on the white-space action. White-space frequencies that became available for sale in the U.S. have been snapped up by American ISPs such as AT&T and Verizon.

Other companies have experimented with constructing networks using the white-space spectrum in small regions of U.S. states that have been excluded from some broadband packages. White-space networks may not need to be endorsed by ISPs should they become available. Using white spaces wouldn’t require a licence and so users could set up networks of their own in a similar way to the manner in which Wi-Fi works.

If the use of white spaces for wireless broadband becomes widespread, the change would not just occur in the U.S. The move from localised to city-wide wireless hotspots would have large implications for wireless projects in places such as the U.K. too. Mobile devices such as e-book readers would be able to rely more on the fast internet provided by the wireless hotspots and less on networks like 4G, typically available through broadband packages.