The advent of Solar Powered AirPlane, a Bertrand Piccard Adventure! 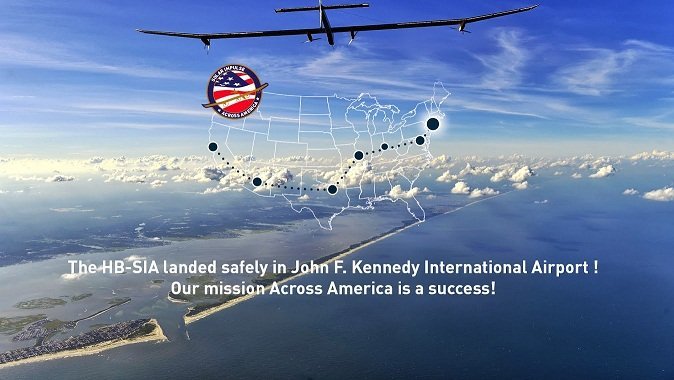 We are constantly looking for new sources of energy. It is evident that fossil fuels are a limited supply and that we are going to need to have an alternative source of energy to turn to in the future. There are many alternative energy sources, such as nuclear power, wind power, and hydro-power plants that all provide us with energy. However, there is one type of energy that seems to be on rise… solar energy. Solar energy is gathered from the sun and converted to electricity.

The Solar Impulse, a completely solar powered airplane is testament to the value of this energy. Swiss scientist and pilots have manufactured and tested a completely solar powered plane, and are hoping to release it to the public one day. Here is a brief look at how solar energy works and solar impulse technology, a newly invented Solar Powered AirPlane by Bertrand Piccard (a Swiss-born scientist) works.

Solar Impulse: A solar powered airplane in the Air, about to land in John F. Kennedy International Airport.

Solar power utilizes photovoltaic (PV) cells to manufacture power. These cells are bunched together in rows or sheets aimed to capture the sun’s light. When the light has been captured it leverages a semiconductor, a unit that acts as a conduit for electrical flow, to energize the panels. As light from the sun hits the columns the semiconductor becomes saturated with light and energy from the light. Once the light is harvested, the columns then influence the light and harness it using PV cells to force them flow the same general direction. This flow creates kinetic energy, which is then used to make electricity. Once the electrical current is generated it can be either employed instantly, often by the use of a power inverter, or warehoused like a battery. That being said, the semiconductor is typically shiny and does not take in sunlight very well. To combat this, inventors treated the semiconductor with a material that reflects light, allowing it to capture a supreme level of light.

The idea of a solar revolution has been talked about for quite some time. It’s the idea that we could one day take everything that used to be powered by either electricity, or fuel, or batteries, and simply power it by the sun. This is an outrageous prospect because on a sunny day, the sun gives off 1,000 watts of energy per square meter of the planet’s surface. If we were able to control that energy and harness we could easily power all of our spaces for free. 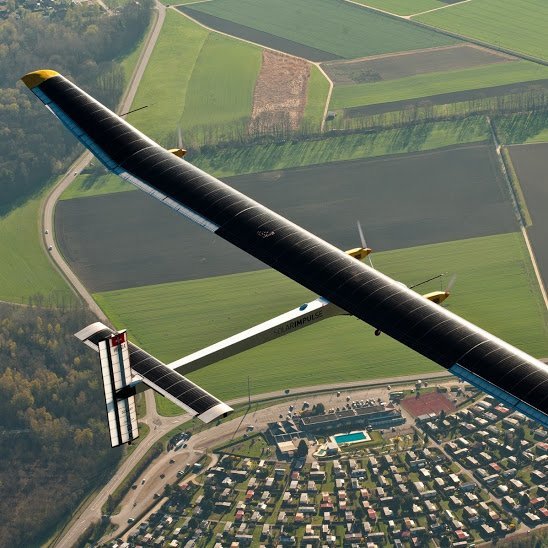 The Swiss engineers have had at least ten successful take offs and planning more in the future. The Solar Impulse relies solely on the sun to power the plane and batteries for reserve power. The plane only needs about 90 meters to take off due to its smaller size and huge wingspan. The plane is only powered by a small electric motor but can reach altitudes of thirty thousand feet. The ultimate goal of the Swiss Impulse is to travel around the clock. The Swiss scientists are hoping to show that people are lot less dependent on fossil fuels than they think. If they can power a plane for twenty-four hours this is probably an energy source worth looking into. Who knows, maybe in the future we’ll all experience the Swiss Impulse.

B. Harris conducts his writing in California where he also obtained his B.A. in Communications, supporting establishments like Don Rowe.