How to Watch Iroko TV free via your smartphone

We are about to learn how to watch iroko tv free of charge via your smartphone.

Nokia Lumia 920 is one of top notch smartphones of 2012 with so many buzzes around the world about its features. But aside those quality features that are embedded in the Nokia device, the price is also okay for someone to go by. 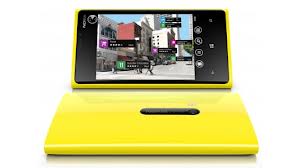 Compared to other trending and wave making phones out there, Nokia Lumia has got a lot of advantages in the media from actress Jessica Alba to other notable celebrities.

And that shows ‘it is indeed a great phone.’

Iroko TV is a Nigerian based entertainment company with millions of users all across the globe (including Canada, UK and other part of the world).

The company has entered into an agreement with Nokia Incorporated in order to bundle its service for the popular Nokia Lumia 920 users.

The partnership according to our in-house tipster will also help Nokia reach out to many other mobile smartphone brand users in Africa and other part of the world.

Meanwhile, Nokia has lost large percentage of its African market share to other brands over the past 5 years. So, this partnership would help them gain more customers during the process.

How to Watch Iroko TV Free

To watch iROKO tv+ movie, you need to have a Lumia 920 phone and you must be a registered iROKOtv+ subscriber. In case you’re yet to subscribe to iROKOtv, you can do so by visiting irokotv.com to enjoy the best of Nollywood and other African cinema on your smartphone.

And if you can’t afford the phone but currently have other device like blackberry, iphone and android phones, you can watch iroko tv by buying a subscription for just $5/month.

To watch iroko tv on your Nokia Lumia 920 immediately, download the Windows Phone App for iRokotv from here and enjoy!