Should Bitcoin Really Be The Blockchain Standard-Bearer?

With so much hype surrounding Bitcoin and Blockchain, it can be challenging to separate fact from a flaw. You might think of Bitcoin and blockchain as two halves of a whole, but in reality, they are very distinct commodities. Which begs the question: should Bitcoin be the blockchain standard-bearer?

Perhaps one of the simplest ways to identify one of Bitcoin’s conspicuous flaws is to try to spend it.

“I wanted a coffee and had my new Trezor [Bitcoin] wallet,” Yumiko Kawa explained. “And Vancouver has a cafe that takes Bitcoin.” Kawa was passing through Canada’s most westerly province on business and decided to “give it a try.”

After placing her order, she told the barista her payment choice who quickly pointed out an additional surcharge applied to all cryptocurrency payments – an additional expense that would triple the cost of her drink. “The coffee was good,” Kawa enthused, “but I didn’t want to pay four times the price.”

Asked if she had experienced this before, Kawa smiled. “It depends. Online, there are fewer charges, in Japan, too. But other places can get costly. There’s no consistency, yet.”

And there lies one of the simplest – but most significant – hurdles facing Bitcoin enthusiasts: the practicality of use.

Why it’d be very difficult for bitcoin to become blockchain standard-bearer! 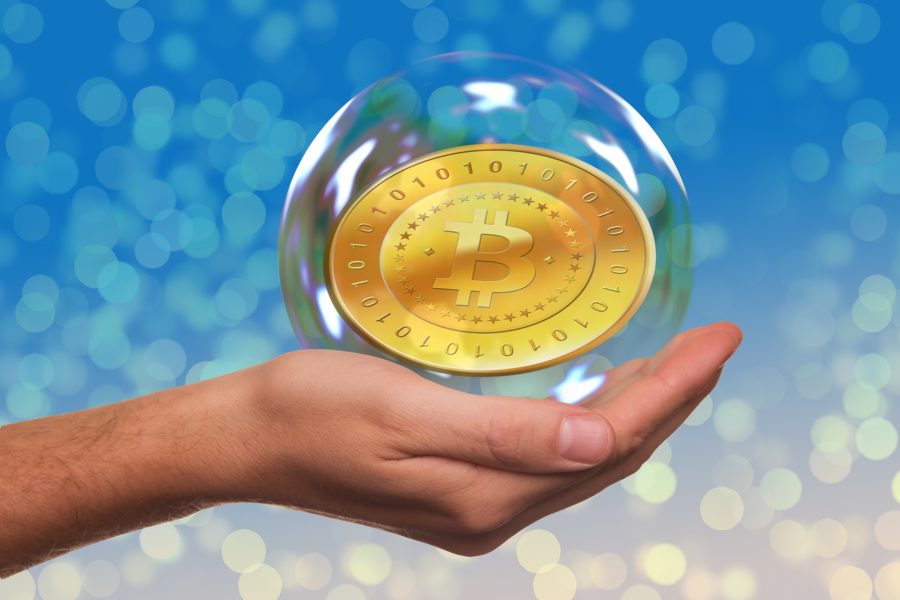 With the fervor surrounding Bitcoin, it’s easy to forget that at its essence it is a prototype. Satoshi Nakamoto’s initial proposal was never intended to be the final word on cryptocurrency. And as with most prototypes, upgrades often provide for greater convenience, effectiveness, and ease of use. Bitcoin’s initial code has been improved upon since its creation in 2009, but it’s still a first-generation prototype, that has a very real limitation.

Bitcoin Was Designed to End

Nakamoto’s original process sets a predetermined speed for Bitcoin creation, or ‘mining,’ that is continually decelerating. To date, more than half of all Bitcoins have been mined. From here on in, things don’t speed up; just the opposite. So while the supply will continue to increase, it will essentially become a fixed money supply by the year 2025 – when the Bitcoin creates rate will slow to an inconsequential amount.

Bitcoin and other cryptocurrencies are dependent on blockchain – the underlying distributed ledger that guarantees tamper-resistant permanent transactions – to do business. But that’s not all blockchain does or has the potential to do.

Because blockchain is based on a peer-to-peer network that is distributed globally on tens of thousands of servers it’s practically impossible for one person to gain control of the network successfully. And it’s blockchain’s inherent transparency – anyone using blockchain can see anyone else’s activity in real-time – that has it positioned to disrupt the entire system of how we currently use technology.

Considering all that potential, think of Bitcoin kind of like the Ford Model T car: a first-generation functioning archetype that was a fantastic achievement for 1908. But for 2018, Model T’s aren’t in hot demand save for history buffs and car aficionados. Every big business was once a small business, and growing pains are natural, so long as you grow your business beyond your start-up phase.

Cryptocurrency is in still in its Model T stage. Bitcoin is exciting. But it isn’t a Tesla Roadster sitting on top of a Falcon rocket heading into space – achieving the blockchain-standard bearer status will take some time.

To pin the future of blockchain on any one currency, let alone the initial one, means limiting blockchain potential; a potential that once scaled promises to have an unequaled impact on our day-to-day lives. And that really is the stuff of stars.