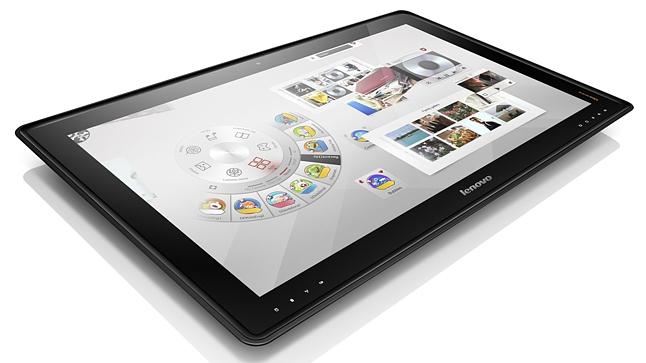 Lenovo is a Chinese PC maker, the company is featuring in this year’s CES conference with a new and unique product. Apple came with the idea of the tablet computer as a mobile device, now Lenovo has created a tabletop touch-screen computer called IdeaCentre Horizon, it is being featured at the 2013 CES conference in Las Vegas.

This IdeaCentere tabletop touch-screen computer is the first home Table touch screen PC, it is an interpersonal PC.

Dee Kumar, the director of global marketing, Lenovo said while introducing the device;

“Tablets and smartphones provide one-to-one interaction but it is great for a family to come back home and use this device to consume content.”

For the sake of this tabletop touch-screen computer called Horizon table PC, Lenovo has worked with Ubisoft, Electronics Arts and Stalwarts who are giant in the video game business.

The packaged games on this tabletop touch-screen computer are mechanically simple, but are real fun in the social space as Pixel said. Pixel is a member Frag Dolls, an Ubisoft backed group of girl gamers, as she raced cars and killed virtual zombies on Horizon.

A number of games on the Horizon tabletop touch-screen computer will be showcased by Lenovo when the CES properly starts on Tuesday.

The tabletop touch-screen computer weighs about 8.2 kg, and has a back hinged stand which can propped upright to make Horizon a desktop screen computer or television.

Some of the accessories that would be separately sold for this tabletop touch-screen computer includes; Joysticks and wheeled stand. Lenovo proposes Horizon to hit the market by the middle of the year.

A tabletop touch-screen computer built for family union. Does this innovation freak out?