Recycling old laptops or tech gadgets used to be almost impossible. You brought them to the dump and tossed everything into a giant bin, without ever really knowing what happened from there. In all honesty, most of what you ‘recycled’ was probably just tossed in a landfill. The other option was for your outdated devices to sit in your basement or a closet, gathering dust while you moved on to the latest and greatest.

Thankfully, there are many more options now. With the massive proliferation of laptops, smartphones, tablets and desktop computers, companies have cropped up all over the world that can dispose of any technological gadgets with eco consciousness in mind. Many of them will actually pay you for your old stuff. And with almost 60% of Americans holding on to electronics they need to recycle, it’s become a booming business that you’ll be happy to support. Here are some of the ways you can recycle your old laptop or other tech gadgets.

Gazelle is a great online business that specializes in the purchase of Mac laptop computers and desktop PCs. But they’ll also take outdated Apple TVs and most smartphones. Most of the people who use Gazelle aren’t thinking of the environment as much as they are counting the extra money they’ll get for their older gadgets. In fact, some of the things they receive are still in absolutely perfect condition. Even first generation iPads, now that the iPad 2 is on the market. But for Gazelle, it’s all about recycling. 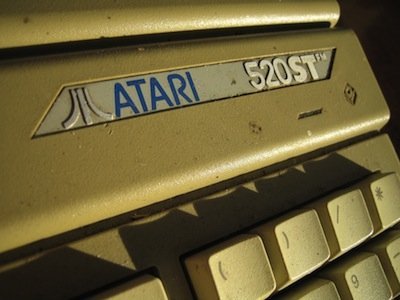 A great option for businesses is a company called NextWorth. They accept a wider range of devices, included GPS machines and eReaders. They’ll also recycle computers from nearly every manufacturer. They’ll want to know many more details about the condition of the gadgets you want to turn in, and make sure you answer their information forms clearly and accurately. Remember, they are paying you for your devices, and can easily trim your bottom line during payment if what you sent them isn’t what they thought they were getting.

If the gear you have is totally out of date and you just want to see it recycled responsibly, check in with a company like Desktop Disposal LLC. They’ve got offices in eighteen different cities in the United States, and they’ll take all of your old computers, servers, monitors, printers, phones and copiers. According to past clients who reviewed their service online, they are completely reliable and professional and will see that your gear is recycled properly.

If your equipment is old but still in working condition, you might want to consider keeping it in rotation instead of selling it for parts. Freecycle is a great site online where people can list things they no longer need and other people claim them, all for free. It’s a way for you to pay it forward and help out someone who doesn’t have the money to buy a smartphone or new computer. And you’ll find almost any piece of technology listed there, from Cisco memory upgrades to point-and-shoot cameras. Best of all, giving it to someone else in need will mean one less tech gadget that has to be created in the factory. If you take environmental sustainability seriously, that’s clearly an added bonus.