Chika is a Nigerian computer programmer with years of active work in creating solutions for our world. He has successfully created the first indigenous music streaming portal enriched with over 45 million songs (already listed) that will directly compete Spotify and Deezer in the music streaming industry. 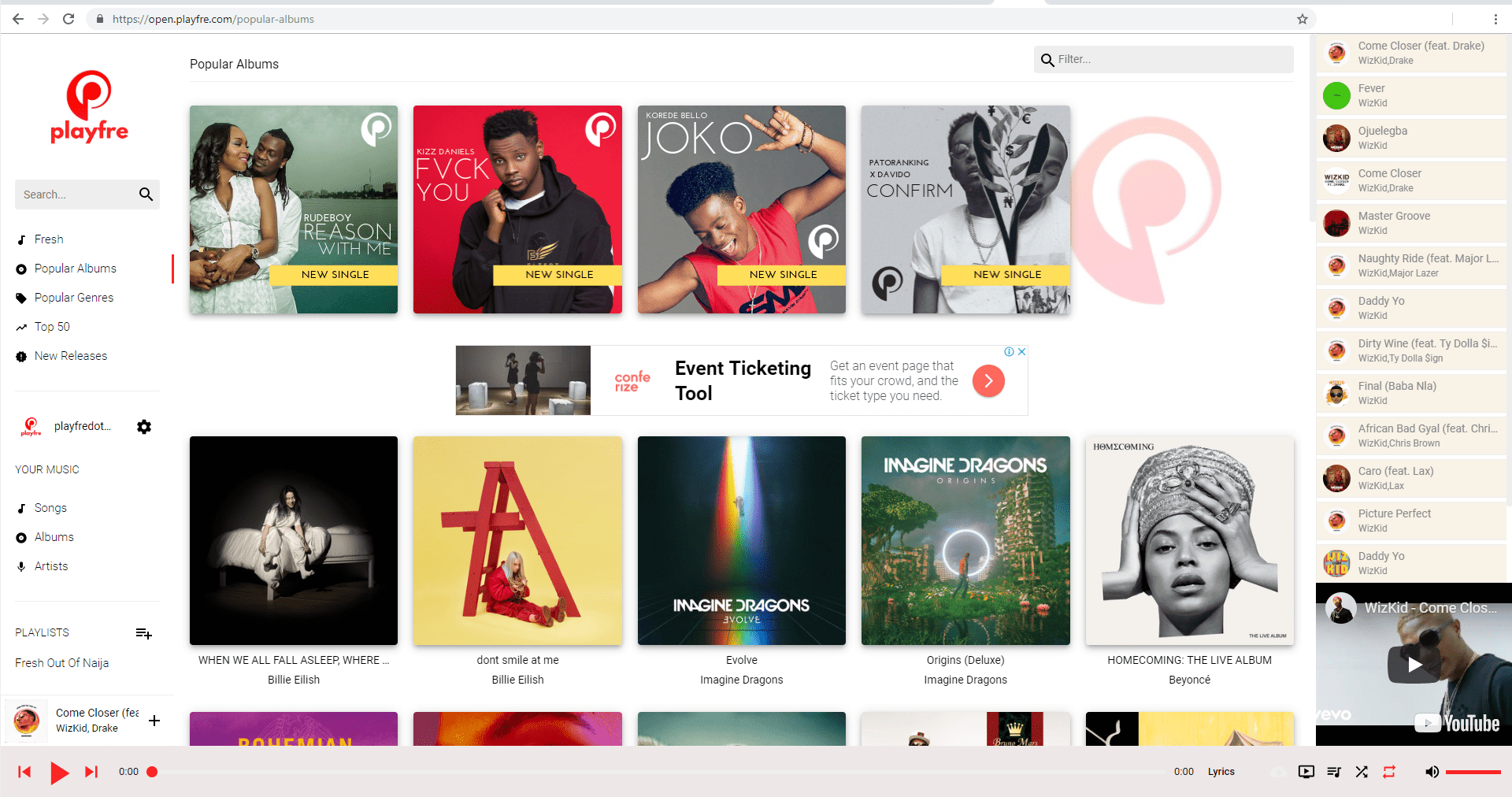 When asked about the drive towards the project, Chika lamented that:

“Spotify and many other big music streaming platforms have not yet opened their doors to most African countries because of the weak intellectual property laws currently obtainable in these parts of the world, thus making these awesome apps unavailable to the African demographic. The ones who have opened their doors to us, still charge a monthly fee for unlimited music streaming” 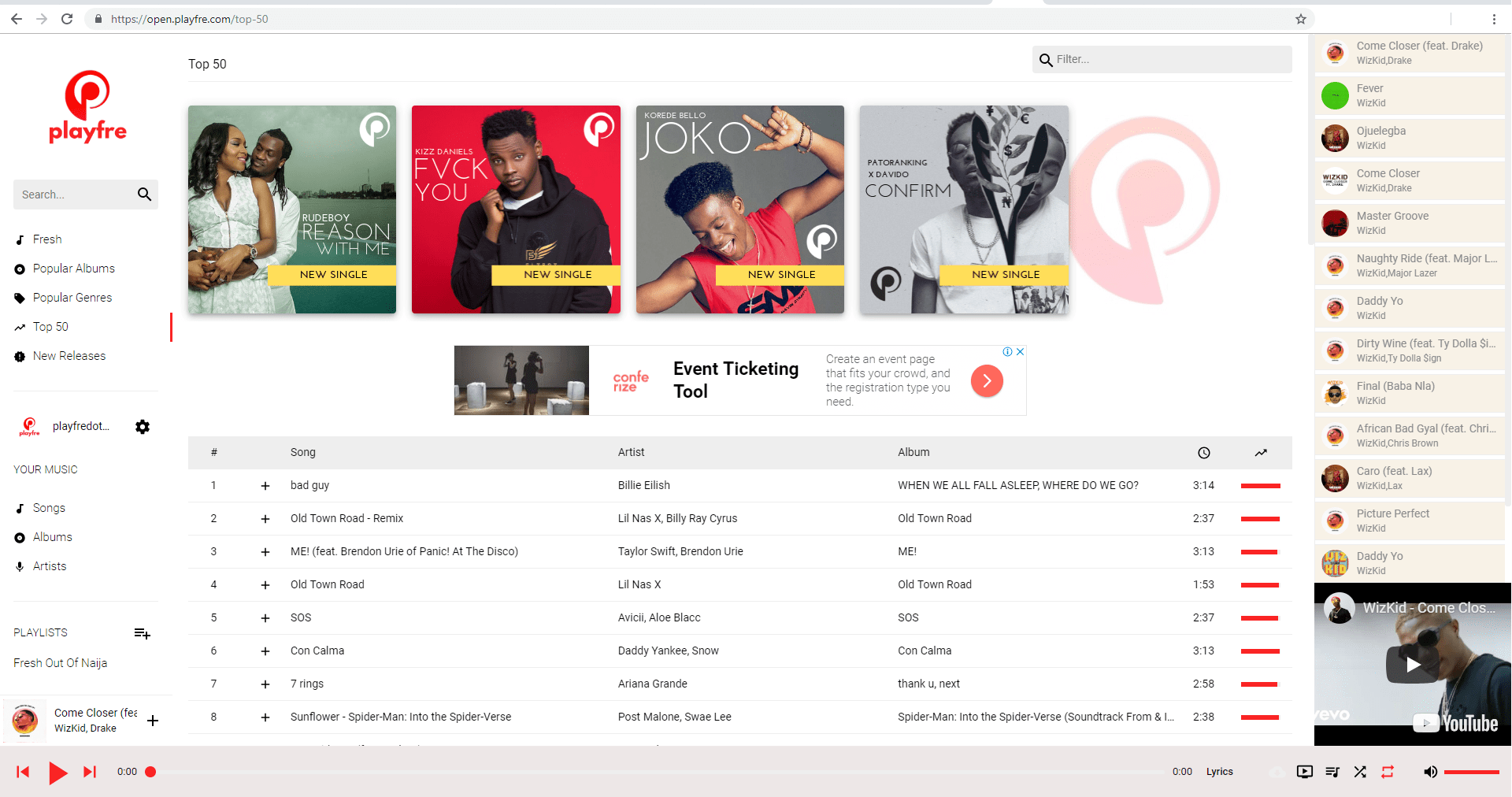 He further share some insights into what the team have been working on lately,

“We have been developing what will later on become Africa’s first true and right answer to Spotify music streaming platform. Our focus is to bring over 45 million songs that you can presently access on Spotify to you at no charger, with the same feeling you get on Spotify, and guess what? We did it!

Launched on May 1, 2019, Playfre lets you listen to over 45 million songs for free while still keeping that awesome Spotify experience everybody enjoys intact.

When asked on the plans for mobile app users, Chika confirms that Playfre will be releasing its android and iOS apps for mobile users later in the month. Below is the first-hand look of the mobile app.

For upcoming artists across Africa, now is your chance to showcase your talent to the world and get listed as Playfree for Artists has been tipped to be in the pipeline.

Chika confirmed that Playfre will also be rolling out a special feature called “Playfre for Artists”  which will let musicians get their songs listed on Playfre at no cost. 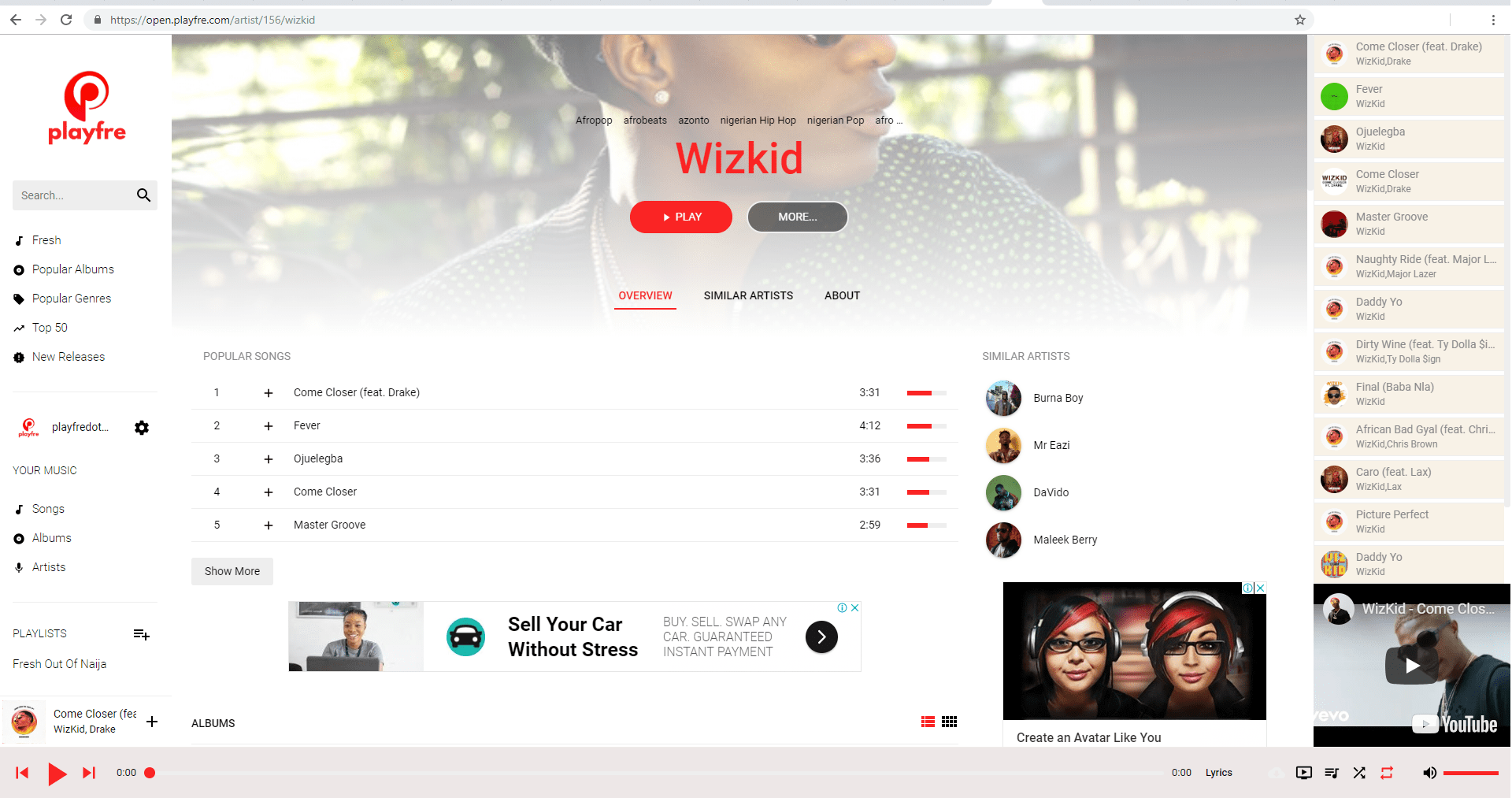 Another interesting feature coming is “Fresh of Out Of Naija” playlist feature that will curates newly released contents across the platform which further brings exposure to upcoming artists in attracting larger following. This alone is a very welcoming development for most Nigerian music listeners who would want to have the TraceTv like experience of top content. This time, they wouldn’t need to renew their cable TV subscription because this platform has got that covered  – all that is required is, a data connection.

These two services will further established the disruptor as a truly focused Africa content aggregator.

But, I am certain that, though right now as it is totally free, Playfre might still introduce a premium service at a later time for income generation, but we should enjoy the freemium while it lasts.