Bloomberg Businessweek released the list of the US Highest-Paid Executives, four out of the first five works with Apple Inc, but CEO Tim Cook is not included in the list.

As revealed in the 2012 fiscal compensation figures for top earners that was filed with SEC, US Security and Exchange Commission, guys from Apple; Bob Mansfield, Bruce Sewell, Jeffrey Williams, and Peter Oppenheime alongside Larry Ellison, CEO of Oracle are the US Highest-Paid Executives for last year. 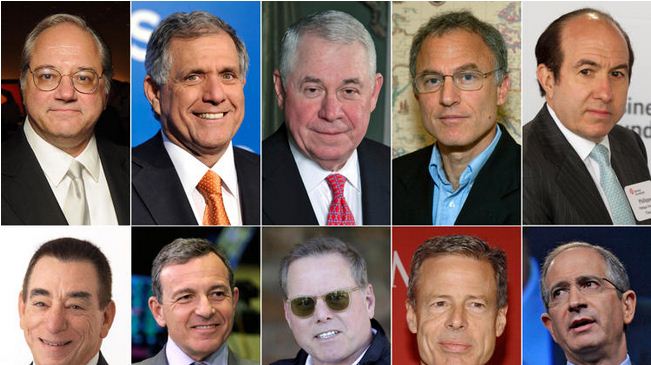 For that year, Mansfield was filed as the highest-paid Apple employee, banking $85.5 million, according to a report, he had planned to leave last June, but his paid was flied which was a convincing factor for him to stay and signed a new two-year deal. Mansfield is actually the second as Ellison of Oracle earns $96.2 million.

The third place of the US Highest-Paid Executives goes to Apple Senior Vice president and general counsel, Sewell who earns $69 million just a little more than the man in the fourth place, Williams, Senior Vice President of Operations at Apple, he earned $68.7 million. The fifth US Highest-Paid Executives was the Chief finance officer of Apple, Oppenheimer, who earned $68.6 million.

Businessweek explained that Apple has designed this heavy pay packs to prevent its executives from considering offers from the largely increasing competitors. In its regulatory filing, the board of Apple confirmed this while it said “stock grants should be meaningful in size in order to retain the company’s executive team during the CEO transition.”

This strategy is an important move to keep the key executives who were operating during the Steve Job’s era, Greg Sterlin, analyst from Opus Research said. They want to retain the actual talent they brought to the company, and a system to retain the company’s leadership’s confidence. Apple is smart in avoiding their competitors to attack them by snatching these great business executives from the company — it is a smart business strategy.

Shockingly, Tim Cook who happens to be Apple’s CEO was ranked 1,016 on the list of the US Highest-paid executives received $4.17 million for 2012 package. In 2011, he was topped the list of highest paid CEO after getting $378, most of all which came from restricted stock awards that are to invest over the next decade.

Meanwhile, if you need a free phone business line for your next business call, I think SendHub has great features you can check out. Go there now and let me hear what you have to say about them. Also, if you have any comment about these Apple Highest Paid Executives  please, endeavour to share them with me in the comment box below.