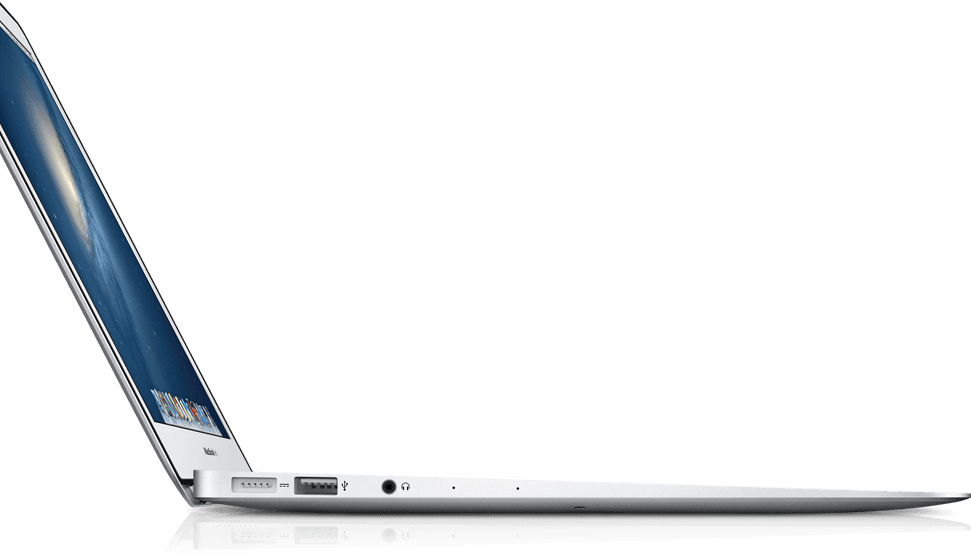 Some of the new products Apple showcase at the WWDC 2013 includes the new MacBook Air line.

The new MacBook Air is available in 11-inch or 13-inch sizes. It is packaged with the latest Haswell chipset and boast of a fully optimized battery life with great graphics performance.

Provision is made if you will like to configure your machine up to 512GB SSD, i7 core processor from the default i5 and 8GB RAM.

The i5 processor on the 2012 MacBook has a speed of 1.8GHz which is broadly higher than its new brother who is equipped with a speed of 1.3GHz but still an i5 core processor. Theoretically, you would have thought that the 2013 device will be lower in speed than the 2012 model, but Apple is more creative in this aspect, practically, the processor clocks lower than for real, but this is to partly assist the battery life, the CPU benchmark and the max turbo for the two notebooks are very close.

The Mashable review guys ran a Geekbench 2 benchmarks, the 2013 model was reported to have 6,707 while the 2012 MacBook Air came with 5,812. The difference was not clear when CPU-intensive apps were run.

Apple focused much on battery life, integrated graphics and SSD speed improvement on the 2013 Machine, although the CPU is not really left out of the show.

The general focus came mostly on the battery life; Apple claimed that the new device will run up to 12 hours compared to the 7hours on the 13-inch MacBook Pro of 2012, up to 10 hours movie. On the MacBook website, the battery tests were performed at 75% brightness.

The review engineer said he watched a two complete movies and Master Chef on Hulu Plus on 75% brightness before the device finally ran out of battery and shut down. 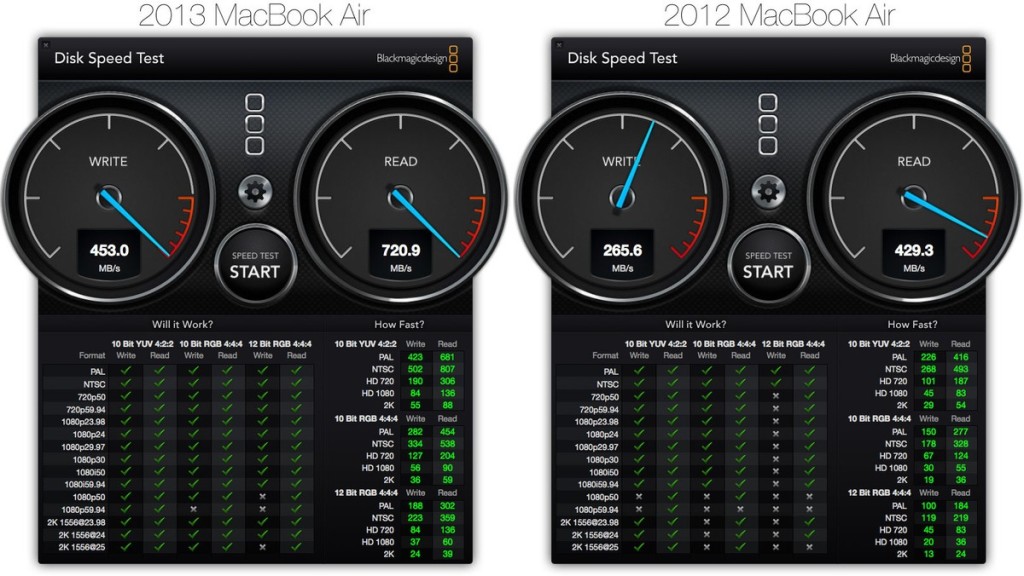 Radically working the 2012 model of MacBook Air usually stay 4 to 4.5 hours before running out of battery, radical use according to the test includes operating dozens on tabs on Chrome and Safari, Dropbox, Photoshop, Spotify or iTunes etc.

The new Notebook packs a new type of SSD, Apple employed a PCle connection for the drive instead of the standard SATA connection.

If you now opt for a larger SSD on your the new MacBook Air, you will blaze at a more higher speed.