The Facebook phone has been rumoured for years; however theses rumours look like they will be coming to an end very soon. It is said that Facebook has been working in conjunction with HTC phone manufacturers to make a Facebook branded phone, although this information has been kept in denial. The world is eagerly waiting for this speech from Facebook to get to know if may be the rumoured device is really a brand new phone or an Android Facebook OS, but if the rumours just turn out to be hot air, Facebook will miss a big chance to make a big impact on the smartphone market.

If it is going to be a new phone, then it should offer something new to the market so that it can compete with the latest modern phones. Current phone systems have the Facebook app integrated in them in one way or the other. For example, with any Windows phone, you can post something to your Facebook wall and easily get your Facebook contacts through ‘People tile’ app.

All operating systems have a dedicated Facebook App while on some mobile phones you only drag a finger from top of screen and tap ‘post to Facebook’. One wonders what more could you possibly expect from a phone made with the main focus being social networking. 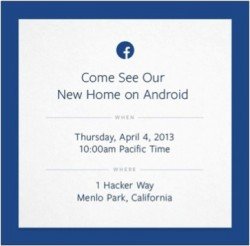 Since Facebook and HTC have remained closely guarded about the rumoured story, speculation has run wild.

Is it a complete mobile phone or just an operating system? How big is the phone? How much will it cost? Who’s going to buy it? What colour is this phone? Will it have the blue and white colours of Facebook app? Will it have QWERTY keyboard? How is the menu screen and how will navigation through the menus be done?

All these questions should be answered shortly.

In the meantime, unverified rumours claim that the hardware of Facebook phone won’t be more than 16GB storage and a 5MP camera. Some other websites are even suggesting that they have in possession screenshots of a Facebook Home app and that the whole operating system will contain dedicated Facebook screens and menus. These rumours can only be confirmed by the official announcement. 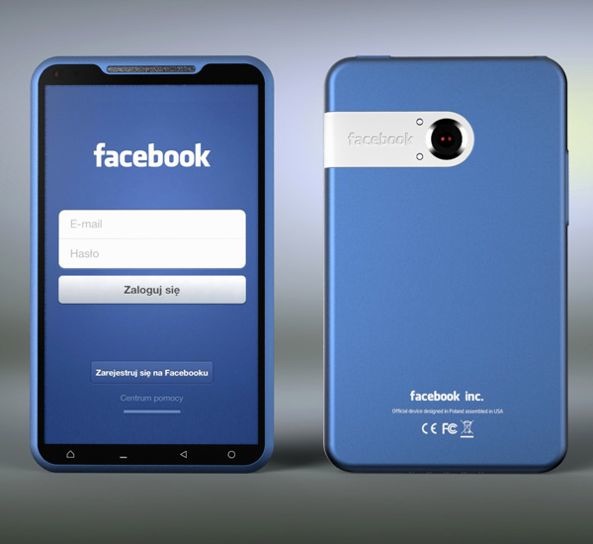 Some sites claim that the entire device is all about Facebook from functionality, form to its aesthetic. Additionally, Facebook is the obvious social feature and the device will have a button branded “F”, to be located at the right bottom corner of Facebook phone. This button would be dedicated entirely to update your status. However, this is concerning. Can you imagine your Facebook wall filled with status updates from one friend? If that is the case, if you buy the Facebook phone take the F trigger easy, otherwise you will be probably be unfriended by everyone.

If the rumours are true, then Facebook has not manufactured a phone but has just partnered with a mobile phone manufacturer to incorporate its service and apps at the core of a typical Android smartphone. Not much is expected from the hardware part of this phone beyond the Facebook makeover. The screen is only expected to have buttons for common Facebook actions such as status update, posting a photo, changing a photo or searching for a photo from a location as well as main Facebook apps icons such as messenger and Instagram at the screen centre.

All of this begs the question: who will be tempted to buy it?

Many argue that even if Facebook fails to show much innovation in their new smartphone offering, it is likely not to matter; many people use smartphones only for the Facebook application and a handset that makes this functionality central to the device is likely to appeal to that sector of the market.

For further information on the upcoming announcement, the Geek Squad also has some great commentary in their Knowledge Vault where you can find out more about the rumours.

Article written by: Stacy Barton. She is a for Geek Squad.