Randstad have recently published the findings of a salary survey within London, showing the average salaries for technical workers in the city. The findings show a clear recovery from the global financial crisis, and salaries continue to be paid at a higher rate than the national average. 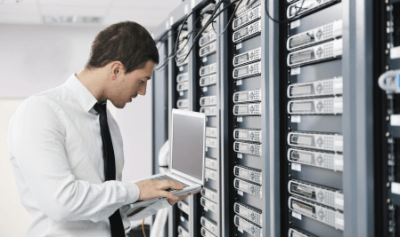 IT Salaries: A Glimpse into what the London Professional Earns

Randstad’s salary quiz for London suggests that a reasonable starting salary for a Systems Architect in the capital to be roughly £50,000, while a Head of Architecture working in the city can expect an annual salary of around £120,000. According to the National Careers Service, this is much greater than the national average, with Senior Architect salaries of between £60,000 and £80,000 offered regionally. Payscale.com indicates that architects with Java/J2EE skills tend to receive higher pay, while those with 20+ years experience can generally expect a 13 percent increase on the national average.

New graduates working in Tester and Release Coordinator roles can expect a starting salary of around £26,000 to £27,000, Senior Development Managers can be offered £80,000 or more. The Guardian reports that the salary for app developers grew by 27 percent in 2012 to an average of £70,000, while London’s biggest players in the financial industry tend to offer higher salaries, according to Randstad’s insight into Software Developer salary expectations.

Salaries for ERP roles in London tend to be steady across the board, with a much smaller gap between the top and bottom of the pay scale. Those with limited experience and working as ORACLE Analysts can expect £35,000 in London, while the top players receive around between £60,000 and £85,000 as Consultants. According to salarytrack.co.uk, the average ERP salary within London is roughly £60,000, dropping to £55,000 in the South East, and £50,000 in the North West.

See also: 4 of 5 US Highest-Paid Executives works at Apple Inc

The umbrella term ‘infrastructure’ incorporates many entry level roles such as Helpdesk Analyst and Service Delivery Analyst, so salaries even within Central London can appear to be lower than perhaps expected, with starting figures of around £17,000 to £24,000. However, for those with experience, London Vendor Managers can be offered salaries as high as £100,000 or more. According to Kendba, an online ORACLE tutorial service, Database Administrator salaries in London are reasonable, with starting figures in India around £18,000, and around £24,000 in the USA.

IT Project Management salaries in London show starting figures of £23,000 for graduate coordinators, rising to nearly £100,000 in average for Programme Managers. The Project Management Institute in the United States reports that the UK is within the top 10 countries offering the highest salaries for Project Managers, with London leading the way due to the numerous opportunities born from the London 2012 Olympics and the proposal of the HS2 rail link.

Starting salaries for roles within process and change management in London, such as Process Analyst and Transformational Manager are some of the highest in the IT industry, ranging from around £33,000 to £61,000. Employees with greater experience can expect salaries between £50,000 and £85,000 depending on position. Mysalary.co.uk shows that London offers the highest salaries for process and change management on average, followed by the South East and the Midlands. It also suggests that the national average has risen to £41,000, up from £35,000 in 2008.

Senior appointments offer the greatest rewards, both financially and otherwise, within the IT industry, and the highest salaries are typically found within the capital, offered by the city’s most prominent organisations. The Randstad survey indicates salaries between £70,000 and £93,000 for IT Directors, and £80,000 and £113,000 for CTOs. However, depending on the role and the organisation, there are no limits. In 2012, the BBC reported that their CTO John Linwood was receiving a base salary of £280,000, and a total salary of £287,000.

The Randstad survey indicates that now is a good time to make the leap into IT network security, with high salaries seen across the capital, ranging from starting figures of £27,000 for Administrators to £80,000+ for Managers. Computer Weekly reports that network security is one of the fastest growing sub sectors of the IT industry, with major companies willing to pay approximately 20 percent more for the right candidate now than they were previously.

The IT sector remained largely stable during the UK’s recent financial crisis, but, like many industries, effects were seen – most notably a decline in starting salaries and a lack of pay rises. Fortunately, the industry has recovered well, and London is once again offering many opportunities for skilled workers.