The Mobile Cloud: Unlocking the Future 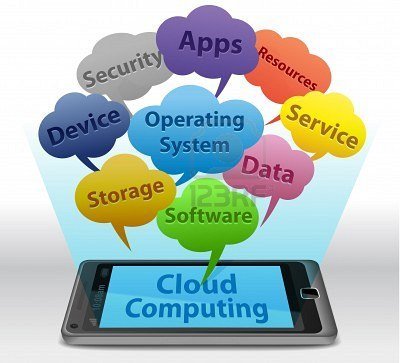 Cloud environments got their start with desktops as a way to re-centralize computing and move away from PCs loaded down with unwieldy, costly licensed software. The agility and flexibility of cloud deployments quickly proved their worth in business settings and – unsurprisingly – were near-perfect fits for burgeoning mobile technology. The result is a powerful tool for unlocking a company’s tech potential, but one that comes with a need for mindful oversight.

Mobile Cloud lets you unlock the future with ease

What You Don’t Know about Mobile cloud technology

Might be a problem. According to a recent CMS Wire article, 80% (eighty percent) of 800 IT professionals surveyed didn’t know how much sensitive company data was stored on the cloud or transmitted over mobile devices. What’s more, 73 percent had weak controls in place for mobile security. In a world where cloud computing protection is finally standing toe-to-toe with local server defenses, what accounts for this kind of gap?

In part, it’s ubiquity. No executive, no IT professional, and no front-line employee would be caught without a smartphone or tablet. For some, business use is the last thing on their list, but they’ll still toss off the occasional email or company-related text message, especially if they aren’t at their desk or are working from home. This leads to demands for always-on access, since when employees communicate about company issues on their devices, they don’t want it be on their own network dime. IT pros – many focused on transitioning from local server stacks to cloud providers – may not see the proliferation of mobile devices on their network, or may underestimate the extent to which they’re used.

This segues into mobile’s next critical feature: Ease of use. Desktops can be unwieldy, and proprietary software sometimes designed seemingly to infuriate the non-tech user. Smartphones and tablets, meanwhile, come with a deliberately intuitive interface, making them the go-to technology for users who aren’t entirely comfortable with their PC, or who see them as the most efficient form of communication across business silos. The result can be hundreds of “harmless” emails and other correspondence laden with corporate meaning – and all transmitted via the cloud. Running over company WiFi networks and on devices which don’t require passwords, these bits of information can become bytes of critical data, all available for the taking under the right circumstances.

The mobile explosion means IT admins have to decide where they’ll draw the line. For some departments, this means cutting off all mobile access unless it’s on an “approved” device, or comes with significant oversight. These kinds of policies, however, can prompt backlash from employees, many of whom are skilled enough to circumvent most basic security measures.

As a result, many companies now opt for a mobile-friendly, device neutral environment which doesn’t discriminate; iPhones, Galaxies and Blackberries are all welcome, so long as they play by the rules. To maximize security, these rules should include password protection and a small time-out window (two minutes at most) before the device locks itself. Next-gen smartphones also boast improvements in processor speed which allow admins to run two (or more) separate virtual instances, effectively turning it into multiple devices which have access to limited data and permissions. For example, the company-side instance might let a user access critical files stored in the cloud, or run cloud-based apps, but the corresponding personal instance would not.

As noted above, mobile devices are rapidly coming to rival the power of traditional desktops. While Moore’s Law doesn’t offer an exact correlation, it’s in the ballpark; smartphones and tablets can run the same software as a PC and, thanks to improvements like HTML5, can often do it better than their desk-bound counterparts.

What this means is while the move away from dusty server rooms to non-local private or public options continues unabated, the devices used to access cloud data are increasingly in the hands – not the offices – of those who use them most. CEOs demand constant updates and the ability to adapt on the fly, while workers now choosing to telecommute can’t do their jobs properly if the options available to them on mobile devices are limited.

Mobile and cloud are two sides of the same coin.

The cloud represents data portability, the power to move information from company-owned servers anywhere in the world, then pick it up again at a moment’s notice and move it elsewhere. Mobile devices, meanwhile, represent processing portability, and the power to use software wherever, whenever, and without a complicated set-up. As a result, it’s impossible to lock the cloud down on desktops and keep smartphone and tablet users in the dark – doing so handicaps this technology’s ability to grow, and will put a business behind more forward-thinking competitors. Simply put, the mobile cloud unlocks this technology’s future; companies just need to make sure it doesn’t leave the door open for insecure data as well.