10 Things You Should Know to Prevent Identity Theft Incidents

Identity Theft has been known to man since we first invented the concept of money. People have been trying to steal from others just by copying their identity or by purposely presenting themselves as someone else. Nowadays, it can be fairly easy to steal someone’s identity and wreak havoc on their finances. If you manage to get hold of someone’s credit card – you’re pretty much set. However, all of this comes at a price.

Firstly, it’s considered a crime and some penalties can be very harsh. Secondly, you won’t be able to keep that identity forever; someone will notice things are happening without their approval. Eventually, they will get their identity back, and you would be forced to steal again. You need to know how to prevent identity theft and also, you need to know what to do in the event of it happening to you. Here are ten things you should know to prevent identity theft!

What is Identity Theft?

Identity Theft happens when someone steals your identity to further their goals which can’t be accomplished without a stolen identity. This often happens at the hands of people who don’t have money or don’t want to spend their own, for something that they want to buy. Sometimes it happens in the medical field if they need medication that they can’t get without a prescription. It’s a dangerous business to do.

How does Identity Theft affect your financial life?

Unfortunately, if someone gets hold of your credit card details – you’re pretty much going to suffer in the financial field. People that steal credit card identities, usually spend all the money on the credit card and move on to the next victim. Sadly, you probably won’t notice that it’s been stolen until it’s too late and the money has been spent. There are ways however to protect yourself!

Categories where it can occur

There are a lot of categories where Identity theft can occur such as credit card theft, medical theft, account theft, criminal impersonation, etc. There isn’t a single type of identity theft – there are many, and depending on the situation that someone is in, they will steal an identity in regards to these categories.

As mentioned before, there are various types of identity theft. Criminal impersonation can happen if someone presents themselves as someone else. For example, imagine your friend is accused of criminal activity. They ask him his name and he says your name, effectively impersonating you and causing you a plethora of problems. This is just one example of the many types of identity theft.

Who can probably steal your identity?

This question doesn’t have a clear answer, but the most precise one is – anyone. Anyone can steal your identity if they are inclined to do so. If you give out more information than necessary, especially to shady people, you can expect to have your identity stolen. You need to be very careful about what type of information you give out and to whom!

How your identity can be stolen?

As we mentioned before, giving out too much unnecessary information to various people can end up in identity theft. You need to be very careful about all of this, and you’ll likely run into all kinds of people that will want to steal your identity.

If a person comes up to you and asks for information that is usually classified and only asked for by banks, government officials, police or hospitals – then it’s highly likely that the person asking you wants to steal your identity. In the event of it already happening, there are only a few types of identity theft where you can check if someone has stolen your identities – such as hospitals and banks. If someone is criminally impersonating you, well, you won’t know until the damage has been done.

How to protect yourself online 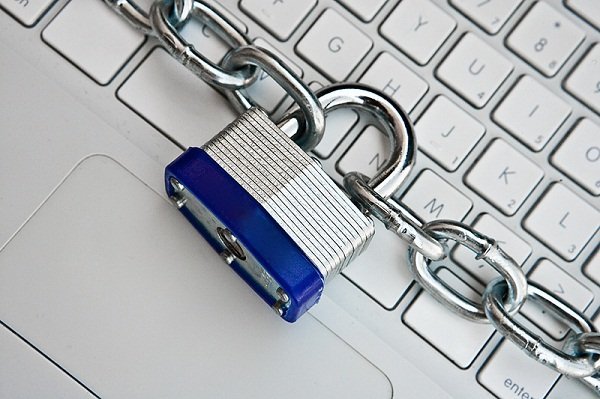 Stay away from shady sites or offers. Don’t give out any personal information unless it’s asked by a verified person or website. Keep important numbers (social security number, credit card numbers, etc.) to yourself unless it’s important to something you’re doing (for example, shopping online requires you to connect your credit card to your account).

As mentioned before, keep valuable information to yourself and don’t share it unless it’s completely necessary. Stay away from scams and frauds. Stay away from offers which are too good to be true because they are exactly that – not true and they are devised in such a way that they seem legit. This is one of the easiest way to prevent identity theft. Avoid praying to get lucky in an insane way – run from any shady deals or offers on your computer screen except it is from a trusted source.

How Identity theft services can help protect your identity

You can easily prevent identity theft if only obey certain rules that guide the internet, and none of these rules exist elsewhere than what we have been able to cover above. Master the art of preventing onlookers or an outsider’s intrusion into your private file simply by obeying the holy grail’s rules to effectively prevent identity theft incidents from occurring. We strongly believe you’d be safe as long as you put them to action.

Bill Brown
Article was contributed by Bill Brown from No Identity Theft. You can check out his Identity Guard Reviews where he detailed more on what you need to know about Identity Theft.