Apple Watch, Apple Pay, iOS 8 and U2 gift Album debut alongside the iPhone 6

It’s no more news, the long awaited Apple iPhone 6 and iPhone 6 Plus has finally announced at the Flint center in Cupertino on Tuesday. Even though the star of the show is the iPhone 6 receiving most of the buzz of the moment, Apple came out with a handful of other great products you would have love to lay your hands on. I will quickly go through them and you would find yourself lost in the luxury of the new Apple inventions.

Other Apple Products that Buzzed alongside the iPhone 6

When Apple’s CEO Tim Cook was announcing the iPhone 6, he chose a slogan referring to the device as “the Biggest Advancement in iPhone History.” Apple watch also graced its own slogan as “Apple’s Most Personal Device Ever.”

Many people knew Apple was going to announce a wearable watch device, but we have been expecting it to be called Apple iWatch, what a disappointment huh! but it really isn’t because the Apple watch packs great features that will let you wailing “what a wonderful world.”

Don’t be anxious because the gadget isn’t coming to market anytime this year, but Apple promised its going to be one of the first you lay your hands on early 2015, the US market would be the first to get the watch device starting from $349.

The wearable device which is Apple’s first will come in two sizes (38mm and 42mm), and in three collections the company called; Apple Watch, Apple Watch Sport and Apple Watch Edition and with six different bands, some in multiple color options. 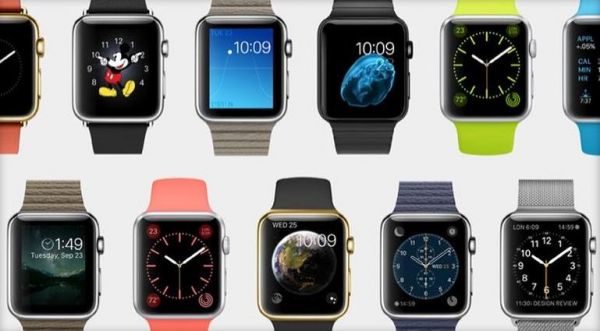 Apple watch debut with Retina-quality touchscreen displays (laminated with crystal sapphire), a digital crown dial, infrared LEDs and photo diodes which is able to take your pulse dishing you out the data, Apple referred to this new product as “comprehensive health and fitness device.”

Running on a brand-new S1 processor, and equipped with a gyro-accelerometer, the Apple watch can piggyback off your phone’s Wi-Fi and GPS. The watch offers accurate synchronized time, to plus or minus 50 milliseconds, able to automatically switch to your local time zone when you travel.

The Cupertino giant has included NFC on the watch just like it is on the iPhone 6 and it has the ability to make mobile payment and also act as a digital key to open a smart lock on home front door. Other home-automaton features such as thermostat could also be accessed using the wireless connection on your iPhone as conduit.

The iWatch will only be compatible with the most recent Apple iPhones; iPhone 6 Plus, iPhone 6, iPhone 5S, iPhone 5C, and iPhone 5 which will be a point of consideration for people who will like to have the device.

The Apple watch will be competing a number of wearables already release or announced such as; Samsung’s Gear Live and Gear S, Motorola’s Moto 360, Sony’s Smartwatch 2, and LG’s G Watch and G Watch R.

CNET Review engineers got hands on the new Apple Watch, you can read further. Also a colleagues at Tech Crunch delve comprehensively into the watch properties, see it here

Apple Pay will be coming as an update on the iOS 8 in October, but it receives its buzz of the moment at the event, as it is completely a new free product from the Cupertino based company.

The new Apple Pay product was described as a new category of service that will transform mobile payments with easy, secure, and private way to pay. The service works with the new iPhone 6 and iPhone 6 Plus through the NFC antenna design. Setting up the Apple pay won’t be a struggle to enable hundreds of millions user add their credit and debit card on file from their iTunes Store account.

Apple Pay will also be available on the new Apple Watch which allows the service to be extended to over 200 million iPhone 5, iPhone 5C, iPhone 5S users worldwide. The company claim to have made this technology to further enable security and privacy on payment systems. Apple’s senior vice president of Internet Software and Services Eddy Cue said “Cashiers won’t be able to see your name, security code, and credit card number when using the Apple Pay in stores, restaurants or other places helping to reduce potential fraud and identity theft. Apple won’t collect your purchase history, so we are not interested in knowing what you bought, where you bought it and how much you paid”

Eddy never forgot to solve the puzzle “what if my phone got lost or stolen?” He said you can use Find My Phone to quickly suspend payments from the device.

So far according to the announcement at the Flint Center event, Visa, MasterCard and American Express cards from different banks including; Bank of America, Chase Citi, American Express, and Well Fargo will support Apple Pay as Navy Federal, Barclaycard, US Bank and USAA to follow.

First announced in June and subsequently seeded to developers at the WWDC 2014, finally we have seen the finishing touches and updates implemented, including new games that take advantage of the powerful gaming engine. iOS 8 will be available to update on your current devices (iPhone, iPad, iPod touch) free on September 17, you only pay for data anyway.

The new OS delivers a simple, faster and more intuitive user experience with new Photo features, Messages, predictive text for Apple’s QuickType keyboard, and family sharing. It also includes the new Health app, dishing out to you clear overview of your health and fitness data together with the iCloud Drive so you could store and access your files from anywhere.

Apple’s senior vice president of Software and Engineering Craig Federighi while introducing the new iOS said “the new software will offer new ways to use your iPhone, iPad or iPod touch” “it also create creates an outstanding avenue for developers to come up with amazing new apps like never before.” 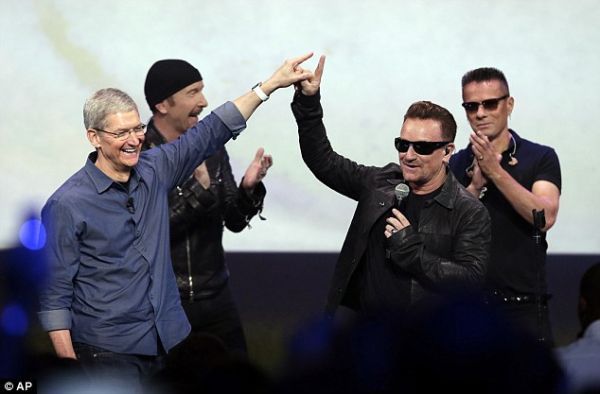 Apple brought U2 to perform on 9th September at the Flint center where they jointly announced that the new legendary rock album “Songs of Innocence” will be a gift to Apple iTunes Store customers around the world until October 13.

This move gave the album a title “the largest album release ever” with over half a billion copies distributed. The U2’s new album features 11 songs and includes their earliest hits from the 70’s rock and punk rock to early 80’s electronica and soul. If you have got an iTune account, a gift is waiting for you till October 13 when you will no longer be able to claim it.

I’d like to read your comments below…hit me up.