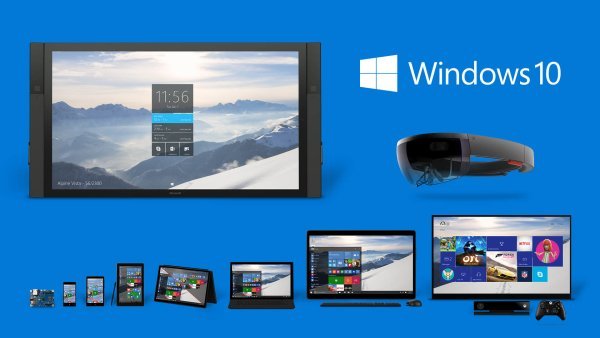 Microsoft’s Windows 10 debuts into the software market as the company struggles to become relevant in a world where more people increasingly rely on Smartphone, tablets and online information.

No queue is expected as it used to be 20 years ago during the days of the Windows 95, but Microsoft expects tens or even hundreds of millions of people to download its latest software release free within the coming months. Microsoft is set for a global marketing campaign, like LG did with FlashMob awhile ago, to accompany this release – to reshape its own future and to reach out to vast audience of computer users globally.

The PC and tablet will be having the Windows 10 first, later to get on phones, game consoles, and even holographic headsets. Some of the new features to expect are the revamped Web browser called Edge and a desktop version of the sweet lady Cortana, in response to Google Now and Apple’s Siri.

The company still bank on the statement that the Windows 10 will seem familiar with the Windows 7 users, the 6 year old OS still running on most PCs. Seem Microsoft and PC makers is trying to erase the memory of the 2012 big update named Windows 8 which pretty look strange and unacceptable to PC users.

Microsoft jumped the name Windows 9, a way to further distant itself from the last release as many analyst believed the Windows 8 crashed PC sales worse than ever, it’s still on watch if the Windows 10 will spin the industry back to growth.

How does Microsoft Plans to distribute the Windows 10?

Microsoft has planned Wednesday to run promotional events across cites, attached to a global ad campaign and different charitable donations. Windows 10 will become downloaded immediately to about 5million people who enrolled in an earlier test program.

To anyone who has the Home or Pro versions of Windows 7 or 8, Microsoft is offering the Windows 10 as free download over the next year (except for the enterprise version used by big organizations). Many may not get it the first day, Microsoft will be delivering downloads in waves, to ensure the whole thing goes easy but hasn’t talked about how long that would take.

Wal-Mart, Best Buy, Staples and other retailers will have some desktops and laptops already pre-loaded with Windows 10.

Why is Microsoft Offering Windows 10 for Free?

The company is set to get the new OS to the hands of as many users as possible; Microsoft needs a crowd of users to convince developers that it is worth it building great apps for the Windows 10 devices. Microsoft also believes if more people are able to try out the latest and the best Windows in town, they may likely be convinced to try other Microsoft products on mobiles and PCs.

Satya Nadella, Microsoft’s CEO has given himself a target of getting 1 billion devices running Windows 10 in 3 years. About 1.5 billion people are currently using some kinds of Windows according to Microsoft’s estimate, rather than charging them to upgrade as the company used to do, its employing the free download technique after Apple and Google’s legacy.

How will Microsoft make Money from the Windows 10?

PC makers that pre-install Windows 10 on their latest devices will still pay licensing fees. Up to recent years, most users have always waited until they bought new devices to get the latest Windows. Microsoft will also make money selling Windows and other software to enterprise users (big businesses and organizations).

More so, Microsoft is counting on Windows 10 to spur more use of other services. The Bing search engine belongs to Microsoft, the company makes money selling adverts for the engine; Windows 10 debuts with many apps that steer users to Bing. OneDrive cloud storage, Skype, and Office software are also Microsoft products, users will pay a premium to the company to use these products.

Microsoft claimed to have designed the Windows 10 for the way people use the computer today; faster web browser, features to makes it easy for you to start a task on PC and then switch to mobile device (Google and Apple has similar features on their software).

An upgrade on security, Windows 10 users will be able to log in with their face, iris or thumbprint, instead of cracking passwords, though this will only work on device that has the hardware.

Microsoft will still give technical support to Windows 7 user for the next five years, even though the Windows 8 is unpopular, but Microsoft’s guys is still on sit to phase out maintenance and security support till 2023 as it did with the older Windows XP, still, no need to panic about upgrading right away.

Why is the new Windows 10 innovation important to the tech industry?

Manufacturers like Hewlett-Packard and companies like Microsoft, Intel and others whose products are PC based has suffered fall in sales of PC due to growth in mobile devices.

Windows 10 won’t make people drop their hand-held device, but Nadella has strategized to reposition Microsoft for a world where people use multiple devices.

Toshiba’s consumer PC business fore runner Jeff Barney said the new software can’t be compared to the Windows 8 and will complement hardware advances in Toshiba’s latest releases, although it is not expected to have big rush at the store on Wednesday at the release but over time, there will be positive trend in sales Jeff believes.

The windows 10 is available in 190 countries today.