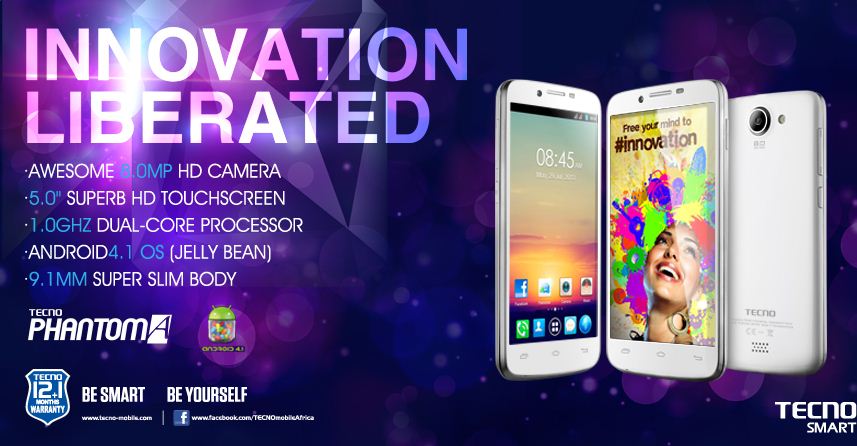 Nigeria has a rapidly growing market for smartphones. Since Nigeria is an open market, there are series of cell phones that rock in the country, from simple phones that cost little price like the scientific calculator to high-end smartphones that cost as much as a used Golf 2 Volkswagen car.

There are so many phones in the market mostly from the Chinese local phone makers which are nicknamed “Chinko” they lack properly signed software. They are not Android, not iOS, not Windows Phone, neither are they Symbian or BlackBerry. I wonder the kind of technology those guys’ uses in making the cell phone run. If I should continue describing those phones, I will have to digress so much away for the Tecno Phantom A I want to talk about.

Tecno used to belong to the group of Chinko versions, until lately when I began to see their advert on TV media promising smartphones running on Android OS. I had never taken time to critically look at any of their new device before because I have written them off. 🙁

I had a friend who needed to buy a smartphone, he knew I am a tech blogger and makes smartphone reviews and ask me for an advice on which phone he could get for a 20k naira budget (approx $120), because he specifically mentioned Samsung, with that budget, I quickly referred him to the Galaxy Pocket or the dual variant Galaxy Pocket duo. I have known the Galaxy Y, but I prefer the Pocket.

On getting to market, things changed as he was introduced to the Tecno Phantom A. He quickly called me up to certify the phone before he buys it, I had wanted to write the phone off because of my first impression, but I decided to check an online review. Behold was a powerfully packed smart cell machine far more powerful than the Galaxy pocket I recommended yet with an affordable budget. Most of us bloggers had always been concentrating on the big names; Samsung, Apple, Nokia, Sony etc. But the young players are gradually coming up. 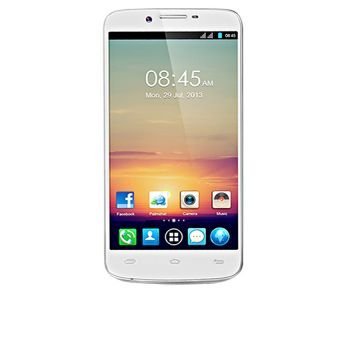 How would you rate and certify a smartphone as smart enough?

On tecno official website, tecno-mobile.com, I browse to see the Tecno Phantom A at the product page, Tecno tagged the device “Innovation Librated”

The Tecno Phantom A packs an internal memory of 4GB supported by a 1GB RAM with a microSD card slot that could add up to 32GB to your memory space. It is powered by a MT65774H Dual Core Snapdragon S4 CPU that clocks at 1.0GHz along with a PowerVR SGX531 Ultra GPU.

This is where the Tecno Phantom A stuns me; it runs on Android 4.1 called Jelly Bean compare to the Cupcake Android 2.3 on the Galaxy Pocket I previously recommended.

The Tecno Phantom A spots an 8.0 megapixel primary camera; it also has a secondary front camera with 1.2MP for video calling. Shots video at 720p@30fps and has a resolution of 3264 x 2448 pixels.

GPRS/EDGE/3G or Wi-Fi and Wi-Fi Hotspot, up to 21Mbps on 3G networks. The connectivity option on the Tecno Phantom A includes; GPS, Bluetooth, USB and 3.5mm jack.

The weight of the Tecno Phantom A is not being specified on the website, but it has a 9.1mm super slim body.

The F7 smartphone device has a BL-3H 2100mAh capacity battery which boasts of talk time up to 120 hours and standby time up to 400 hours.

Tecno made the Black and White model of the device.

What are your thoughts on Tecno Phantom A? Let us know in the comment below

Where IoT Is Headed In Th...